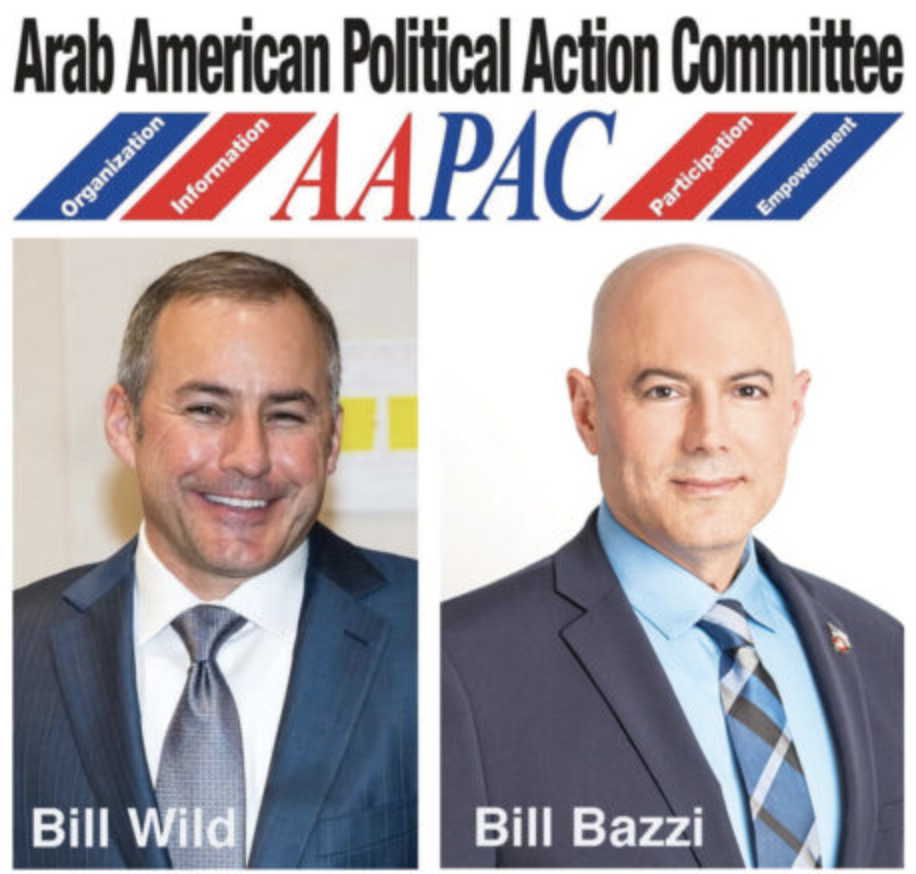 The organization’s by-laws dictate that two thirds of present members must vote on candidates seeking endorsement. Endorsements occur after thorough discussions, research and interviews. AAPAC only endorses those candidates who approach the organization to be included in the endorsement process.

The organization says its candidate interview, member discussion and voting process leads AAPAC to decide on those individuals who exhibited candor, impartiality and intellect, as well as the requisite compassion for the communities they serve or seek to serve in.

“AAPAC members searched for individuals who are not only leaders in their own right and ready to promote justice, but also have a proven track record for putting people first, not politics,”AAPAC President Mona Fadlallah said. “Several candidates discussed the necessity of diversity and the importance of invigorating their district and the state of Michigan.

Not every endorsement is preceded by an interview, especially if the candidate has previously interviewed with the organization, has an open line of communication with the community or has an established record of public service.

AAPAC maintains that its members are diverse in ideas and the organization seldom sees a uniform vote. The process, the organization’s leadership insists, remains thoroughly democratic.

AAPAC endorsements for the primary elections are as follows:

Over two-thirds of the AAPAC members voted not to endorse in (Dearborn and Hamtramck) races… The members expressed the need to have more time to review each candidate’s stance on issues that matter to the residents, especially in light of recent events. — Mona Fadlallah, AAPAC president

Notable is the absence of endorsements in crucial races in the Arab American hubs of Dearborn and Hamtramck, where a crowded field of candidates are seeking mayoral and City Council positions.

“AAPAC members discussed at length endorsing in other races such as the Dearborn and Hamtramck mayoral and City Council races,” she said. “However, over two-thirds of the AAPAC members voted not to endorse in said races in the primary elections. The members expressed the need to have more time to review each candidate’s stance on issues that matter to the residents, especially in light of recent events.”

Even though AAPAC members decided not to endorse in the upcoming primary in Dearborn and Hamtramck, they encourage all voters and especially Arab Americans to participate in the election by voting for the most qualified candidate. Dearborn mayoral candidates Susan Dabaja and Abdullah Hammoud are both members of AAPAC and so is Hamtramck mayoral candidate Saad Almasmari.

AAPAC members decided to support them financially and urged the community to get out and vote on August 3.

For the Dearborn race, the organization did support Proposal A, which seeks to set up a charter commission to review, update and and revise the city’s charter.

There are seven candidates running in the Dearborn mayoral race and 18 for seven City Council seats. There are no challengers to City Clerk George Darany’s reelection. Besides Proposal A, the city is asking voters if they want to renew a 1 mill tax levy to fund its library for another six years.

Four candidates are running in the Hamtramck mayoral race and eight candidates are competing for three Council seats. The city is also asking residents to vote on a 10 mill increase on their property taxes to fund the city’s fire and police retirement system.